Linda and Stephen Livingston of Columbus Township, Michigan, don’t recall being overly nervous when their daughter Alexa received her driver’s license at age 16. She received her permit at 15 ½ and according to her parents she was a really good driver. Alexa would pretty much just drive back and forth from school or go to a friend’s house with the car. 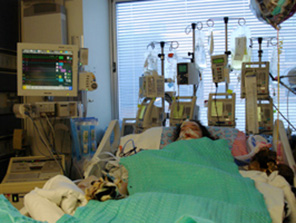 But on December 1, 2008, the day after the first snowfall of the season, and a few months after she received her driver’s license, Alexa became a victim of a major car accident that dramatically changed her life. Alexa was driving her friend home from school on an unpaved country road. After dropping off her friend, she headed home. Alexa was lucky that a resident in the neighborhood, whom had just passed her going the opposite way down the road, looked in his rearview mirror as he was pulling into his driveway and thought it was strange that the car behind him was no longer there. The gentleman decided to drive back to the area and then noticed the car that Alexa was in, was off the road and called for help. Although there were no witnesses during the accident, it appears that Alexa had hit a tree with the full impact directly on the driver’s door.

Linda was at home and about to go to the dentist when the phone rang. She almost ignored the call because she was in a hurry, but something told her she should answer the phone. “The phone call was from a state policeman who said Alexa was in a car accident and I should meet them at the local hospital. I asked if she was o.k. and his only reply was that she had a pulse.” That response made her extremely worried and she wondered how serious the injuries might be.

At the Children’s Hospital of Michigan, Alexa’s neurosurgeon, Sandeep Sood, MD, confirmed the distressing news that she had a traumatic brain injury. He performed a procedure to remove pressure in her brain and to reduce swelling. Alexa also had several fractures including a broken pelvis, neck injury and broken nose. Fortunately, as a freestanding children’s hospital entirely dedicated to kids, Alexa had access to all the pediatric specialists including pediatric neurosurgeons and orthopaedic surgeons to treat her extensive injuries.

“The swollen brain had trapped fluid within the ventricles further compromising blood circulation to the brain from high pressure. “We placed a tube in her brain to continuously drain the fluid and monitor the pressures,” says Dr. Sood. To control the brain swelling she was also placed in a deep medical coma to minimize brain activity so that at a cellular level all activity was directed towards repairing any potential injuries to the brain.

After the surgery, Dr. Sood explained to Alexa’s parents that the first 72 hours are the most critical in terms of how a patient might recover. “Fortunately, she responded to these measures and her brain pressure stabilized," says Dr. Sood.

Alexa was in the Pediatric Intensive Care Unit (PICU) during this time and the Livingston family waited patiently, comforting Alexa without knowing when and if she might recover. “We took comfort in knowing that she was being closely monitored and cared for by the amazing critical care doctors and staff at Children’s,” says Linda. Alexa was weaned from the coma inducing medication and started to emerge from the coma after about six weeks.

After slowly regaining consciousness, she was ready to be moved out of the PICU to the in-patient Rehabilitation Unit at Children’s Hospital. There she started receiving intensive physical, occupational and speech therapy to help with many functions that she had to relearn including walking and talking. 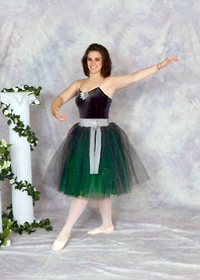 Since her discharge from the hospital and more than eight months of therapy, Alexa has made great progress. Linda explains that it was important for Alexa, a dancer since she was 6 years old, to once again dance since it was an activity she loved and excelled at. Linda believes because she was a dancer, and very fit, that may have helped her tremendously in her recovery.

Alexa, who is now able to dance, is enrolled in college and hopes to enter the field of child development. She also volunteered twice a week at a local rehabilitation center, where she received therapy for many months. The center specializes in rehabilitation for brain injury patients. “Alexa loves the staff, and she offers something really special to other kids undergoing therapy,” says Linda. “When they see that Alexa has made a great recovery, it can offer hope to other kids in their recovery process.