AML Survivor Thanks Oncology Doc Who Saved Her Life (2018) 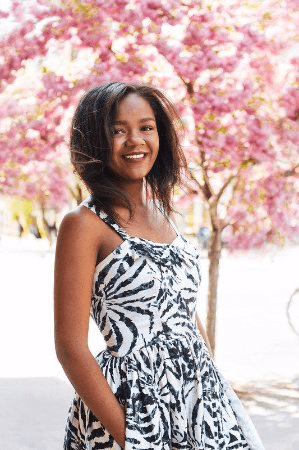 Ashley Bass didn’t cry as a baby unless she was hungry or tired. To many parents, that seemed like a dream come true. But for Ashley’s mom Charlyne, something seemed a little off so she talked to her local pediatrician about her concerns.

Ashley’s pediatrician suggested she be seen by Jeffery Taub, M.D., division chief, Oncology at DMC Children’s Hospital of Michigan for further testing since she was exhibiting symptoms that may be associated with cancer. Ashley had a fever for seven days along with a decreased appetite and increased fussiness.

At only 16 months of age, Ashley was diagnosed with childhood acute myeloid leukemia (AML), a type of blood cancer in which the bone marrow makes a large number of abnormal blood cells. According to Cancer.Net, AML is the second most common form of leukemia in children, after acute lymphoblastic leukemia. About 500 children in the United States are diagnosed with AML each year.

Ashley underwent approximately seven months of intensive intravenous chemotherapy. Dr. Taub says she was a candidate for a stem cell transplant though her parents and sister were not suitable matches. She fortunately was cured with chemotherapy alone though she had a very guarded prognosis based on the treatments available over 20 years ago.

Up until the age of 18, Ashley visited Dr. Taub for yearly checkups and has gotten a clean bill of health. Although Ashley was diagnosed with AML  almost 25 years ago and was too young to remember many of the details involving her life-saving treatment, one thing that has stayed with her and her family is the compassionate care that Dr. Taub has provided  not only during her treatment but throughout her young adult life.

After graduating from high school, Ashley moved to New York City to attend school and is now a manager of education at a children’s museum in New York. Despite the long distance and years after her cancer diagnosis and treatment, she is amazed that Dr. Taub continues to reach out to her.

“Although I was so young when this happened, I know this was a very traumatic situation that happened to me and my family. Dr. Taub was with us every step of the way and provided encouragement and confidence that we would get through this. To this day, he continues to be there for me and encourages me to keep in touch.  I will be forever grateful for the care that he, the staff and Children’s Hospital of Michigan has provided during my lifetime,” she says.

Dr. Taub says he is very proud of Ashley for all of her accomplishments including being very successful academically and having obtained a master’s degree.

“It has been very gratifying to see her development from early childhood through adolescence and how she thrives as a very healthy and successful adult. Ashley personifies the patient successes we have achieved at the Children’s Hospital of Michigan with our team of medical specialists including doctors, nurses, social workers, pharmacists and support staff.”