Romulus Girl Given the Gift of Life with New Heart

Asia of Romulus, Michigan was seven years old when she was diagnosed with Crohn’s disease. Her mother Kiera said despite the diagnosis, Asia was a pretty health child. 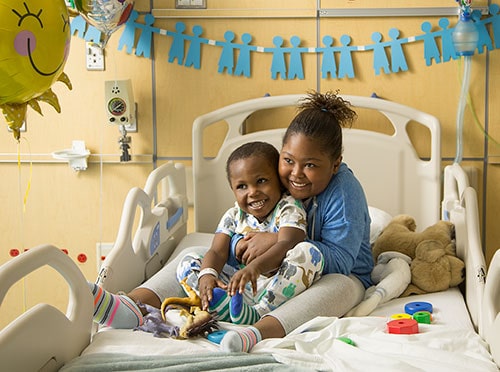 In May of 2017, Asia developed anemia and despite treatment it was not getting better.

Doctors at the Children’s Hospital of Michigan DMC ran some tests and listened to her heart.

After listening to her heart, the doctor said she would be right back and I sensed something was wrong,” Kiera says.

Asia was admitted to the hospital while doctors focused on determining the cause of her abnormal heart rhythm.

Asia was in the hospital for 10 days and was diagnosed with Dilated Cardiomyopathy, (DCM), a rare, but debilitating disease of the heart that can lead to heart failure in both children and adults.

Upon hearing the life-changing news, Kiera was in shock and in tears.

Just a few days before being admitted, Asia was dancing around and there was no reason to be concerned. We do not have a family history of heart disease so this was truly shocking and devastating,” Kiera says. 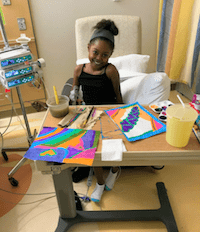 Jennifer Blake, M.D., pediatric cardiologist at the Children’s Hospital of Michigan, who managed her care, says prompt treatment is needed since DCM is a progressive life-threatening condition if not treated appropriately.

Dr. Blake says that dilated cardiomyopathy can occur due to a previous viral infection which weakens the heart muscle, a gene mutation, side effects from some types of medications, and sometimes as part of other diseases.

There are also many times when clinicians cannot determine the specific reason that this heart disease has occurred.

home to control their symptoms. However, some patients like Asia continue to have symptoms that are only controlled with continuous, intravenous (IV) medications. Some of these patients also develop high pressure in the lung arteries which if not managed appropriately can become permanent. Asia had these high pressures in the lung arteries, and we could not control her symptoms without IV medications. Therefore, she was listed for a heart transplant,” says Dr. Blake.

Asia was hospitalized for three months and was put on the heart transplant list because medications were not working to treat her condition.

In August, 2017, after about one month on the transplant waiting list, the Wilson family received the life-changing news that a heart was available for Asia.

Henry Walters III, M.D., chief, Cardiovascular Surgery, at the Children’s Hospital of Michigan led the team to provide Asia with a new heart and Kiera is happy to report Asia has bounced back beautifully after her heart transplant.

“We are so thankful for the care Asia received as well as to the donor family who are heroes.  Without the organ donation, Asia would not be here.  She is happy, back in school and is on the honor roll as a straight-A student,” Kiera says.