Around Christmas time of 2017, John and Angela, parents to then 16-year-old Brianna, took her to a local hospital to evaluate a lump in her neck. Doctors suggested the lump was due to a cold and it went away.

In January of 2018, there was another lump in her neck and Brianna said it felt bigger.

“The doctor was alarmed at the lump and suggested she immediately go to Children’s Hospital of Michigan. I could tell from the doctor’s reaction this could be something very serious,” says Angela. 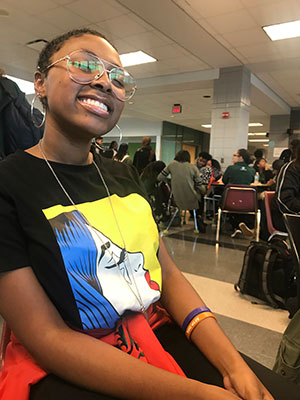 The news was not good. Doctors diagnosed Brianna with Stage 4 Hodgkin Lymphoma, a cancer of the lymphatic system, affecting her spleen, bones, chest and abdomen.

“Brianna was never sick with any health issues before. We were shocked and devastated. Our baby girl is a straight A student who is in the National Honor Society. She loves reading, math, poetry and is in the Robotics Club. Not only was she never sick, but before the lump, she never had any symptoms associated with this disease,” an emotional Angela recalls.

Doctors at the Children’s Hospital of Michigan DMC began immediate and aggressive treatment including chemotherapy and radiation treatment to combat this life-threatening disease.

“Brianna was diagnosed with aggressive life-threatening childhood cancer seen in adolescents and young adults. She required about six months of intensive chemotherapy as well as radiation therapy. She is now doing very well but still requires monthly checkups and imagery every three months. As a hospital dedicated to children, Brianna received state of the art treatment tailored to her,” says  Meret Henry, M.D., hematologist oncologist at the Children’s Hospital of Michigan.

Angela says Brianna’s treatment and side effects were very rough and she was devastated by this shocking diagnosis but the family’s faith along with overwhelming support from the doctors and staff at the Children’s Hospital of Michigan along with family and the community helped keep the family strong during the intense treatment. 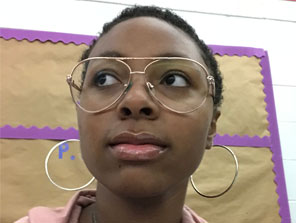 “I saw how strong Brianna was and somehow I had strength not to cry when I was with her. Brianna is such a special girl and bright student. We never had to tell her to do her homework. We don’t know why this happened but we do know that this brings to light to never take your health for granted. During treatment she was always taking notes to make sure she knew what would be happening to her. Out of this bad situation, we gained so much support and it brought our family and community of friends that much closer together. We are incredibly thankful for that support including the care from the doctors and nurses at the Children’s Hospital of Michigan who were so caring and nurturing and were on call whenever we had questions,” says Angela.

Brianna, who was not able to go to school from January through June of 2018 due to treatment, was homeschooled and is back on track with most of her activities that she loves. She is currently not undergoing  treatment and is a senior and high achieving student at Cass Technical High School. She has received a scholarship to the University of Michigan, is exploring several colleges and hopes to pursue the field of Cybersecurity in college.

She hopes that sharing her story will help others.

“I just want to inspire in my peers a stronger community of support. While going through treatment and when I began to tell my story, I noticed a lot of young people are afraid to talk about themselves. But our individual stories are unique and actually brings people closer together,” she says.