After Years of Treatment, Troy Teen Turns a Corner with Chemotherapy Agent to Combat Evans Syndrome

In 2002, Jesse welcomed his first child Cole in the world. Cole was the first of seven children in the family.

When Cole, was about 9 years old, he developed jaundice and abdominal pain and his doctors made a worrisome discovery - his blood count was low.

“They ran tests and told us he may have leukemia,” recalls Jesse. 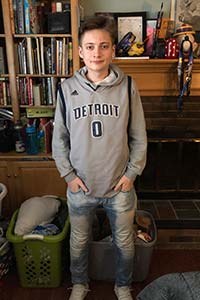 Further tests revealed that Cole had autoimmune hemolytic anemia (AIHA), a group of rare but serious blood disorders that occurs when the immune system makes antibodies that attack the red blood cells in the body. The condition can cause serious complications including fatigue, yellowing of the skin, increased heart rate and enlargement of the liver and spleen.

When the autoimmune disorder was diagnosed, the family decided to seek treatment at the Children’s Hospital of Michigan DMC.

Jesse says that after the initial diagnosis Cole did not have too many symptoms associated with the disorder but as the years progressed, Cole was in and out of the hospital when his condition would relapse and he would suffer symptoms including fatigue and jaundice that prevented him from going to school and participating in many activities.

Throughout most of his life, Cole was medically managed by Michael Callaghan MD, hematologist at the Children’s Hospital of Michigan, who later diagnosed Cole with evans syndrome.

Like many individuals with evans syndrome, treatment options used on Cole including steroids, Intravenous immunoglobulin (IVIG) to keep the blood count up and surgical removal of the spleen, provided temporary relief but Cole suffered relapses after treatment.

“We were so lucky to have Dr. Callaghan as Cole’s doctor,” Jesse explains.

“He would not give up on Cole and would continuously look into many options for treatment. Unfortunately after temporary relief from many of the treatment options, it would turn into a vicious cycle and his relapses got progressively worse lasting for six months which greatly affected his quality of life,” Jesse adds.

About one year after the removal of the spleen, Dr. Callaghan researched other unconventional options and suggested Cole try a chemotherapy treatment called bortezomib, often used for patients with multiple myeloma, cancer of the plasma cells.

His past experience with the drug made him think it could be a potential treatment option for Cole. 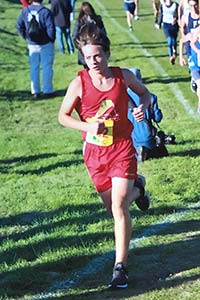 “When I was a post-doctoral fellow I studied similar diseases in a basic science lab and had used bortezomib, a drug that is used to kill plasma cell cancers, in mice that made antibodies we were trying to eradicate. Because the plasma cells make antibodies it always made more sense to me to target them instead of the broad immunosuppressants that are commonly used like steroids or other T- and B- cell drugs like mycophenolate or rituximab. Because these other drugs are the standard of care we tried them first in Cole but when nothing seemed to work we thought it was time to try bortezomib. Cole received 5 infusions over 3 weeks and had no side effects and has now had no symptoms and normal blood counts for more than 10 months! “ says Dr. Callaghan.

Cole’s response was so positive that a case report was published so that other physicians and researchers would consider the chemotherapy agent as a second or third line of treatment for other individuals with Evans Syndrome.

Jesse says the treatment with bortezomib has worked exceptionally well.

“After years of treatment for Cole, I see a big difference with this medical treatment. Cole has not really had side effects from it and his relapses are significantly shorter. With this medication he only had 2 or 3 rounds of treatment and he rebounded much quicker after only about 1-2 months. His quality of life is so much better. He is on the travel soccer team and tried out for cross country. Before the treatment, he was not able to get medical clearance to try out for the sport. It is great to see him being a normal kid and going to his local school,” he says.

Jesse and his family are extremely thankful for the care that Dr. Callaghan, the nurses and staff have provided for Cole throughout the years and feel fortunate that Cole is able to seek treatment from the Children’s Hospital of Michigan.

“I don’t think we would ever move out of the area because of the care at Children’s Hospital of Michigan. Dr. Callaghan has saved Cole’s life and we will be eternally grateful,” says Jesse.