Jun 6, 2019
Thank You. One of our representatives will contact you. 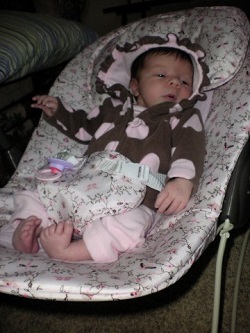 When Shawntay Munker of Farmington Hills was pregnant with her second child, she and her husband Ernie received distressing news that blood tests showed there may be a chance their daughter Elizabeth would have Down Syndrome. Further testing showed Elizabeth did not have the genetic disorder but an advanced ultrasound procedure revealed she had clubfoot on her right foot. Further testing at a local hospital showed Elizabeth had bilateral clubfoot affecting both feet. The birth defect which is relatively common affecting about one in every 1,000 live births, causes one or both feet to rotate internally at the ankle.

Shawntay said their local pediatrician told them no treatment would be available until after Elizabeth was born but suggested she be seen by Walid Yassir, MD, chief of Orthopedic Surgery at Children’s Hospital of Michigan. Dr. Yassir, leads a multidisciplinary Clubfoot Clinic at Children’s Hospital of Michigan, where families travel from across the world to receive expert treatment for clubfoot “We scheduled an appointment with Dr. Yassir when she was just two weeks old and her treatment began right away with the casting process,” says Shawntay. She was immediately impressed with Dr. Yassir and the treatment he recommended. “When Elizabeth was born, her feet were completely facing up. After just one week of having her feet in a cast, her feet were already turned halfway compared to when she was born.” 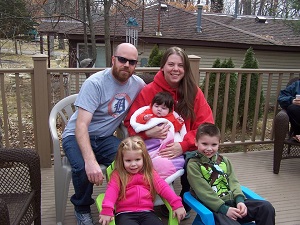 Dr. Yassir is the only surgeon in southeast Michigan certified in the Ponseti Method for treatment of clubfoot. He is also believed to be the only surgeon in the state who actually trained under the late Ignacio Ponseti, MD. While other techniques focus on surgical correction of the clubfoot, the Ponseti Method uses a special technique for casting the child’s leg, followed by a minimally invasive heel cord lengthening surgical procedure and the use of special braces and shoes for several years.

“It requires a high degree of patient compliance since children may require treatment for three to five years, but we believe it gives children with clubfoot the best long-term outcomes,” he says. 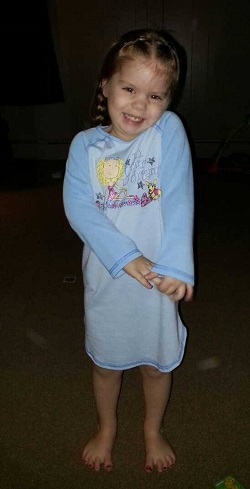 Elizabeth underwent the treatment with follow up visits for three years and is now undergoing a trial period without shoes or braces. “We are keeping a watchful eye on her feet to make sure her feet do not turn inward. Her tendons do pull her toes inward and she does not have arches in her feet but I think she has the most beautiful feet in the world,” says Shawntay.

So far the treatment seems to be working beautifully according to Shawntay. “She doesn’t walk, she runs, climbs the stairs and rides her bike. When we found out about Elizabeth’s condition, we wondered like any parent why us? But as we have gone through this process we know that God does not give us anything we can’t handle. Elizabeth is a wonderful child and the journey has made us stronger as a family. We are so thankful to the doctors and staff and feel fortunate that thanks to her great care she should be able to function like any other active girl.”