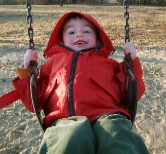 Jacques Poussier was a really cool baby. But not because he had a cute smile or a great disposition. For three days after birth, Jacques’ body temperature was kept at 92.3 degrees F – about six degrees cooler than normal – due to a condition called hypoxic ischemic encephalopathy (HIE) or deprivation of oxygen and blood flow to the brain.

Jacques was born in December of 2001 with his umbilical cord wrapped twice around his neck, cutting off his blood flow and oxygen supply to the brain.

"All I knew was that I wanted him to be saved and to be taken care of in the best possible way that anybody could treat him," said Jacques’ mother, Alexa. Luckily at the time, Dr. Seetha Shankaran, professor of pediatrics at the Wayne State University School of Medicine and neonatal-perinatal medicine specialist at Children’s Hospital of Michigan, as well as Hutzel Women’s Hospital, was heading up a research study in cooperation with 15 other hospitals across the country to determine whether cooling unresponsive newborns within hours of birth reduces their risk of death or disability.

Jacques was a perfect candidate for participation and became one of 34 infants involved in the study at the neonatal intensive care units (NICU) of Children’s Hospital and Hutzel Women’s Hospital. He was immediately placed on a "cooling blanket," and water was circulated throughout the soft plastic covering with the temperature maintained by a computer at 92.3 F.

The treatment relied on the same physical reactions to cold observed in hypothermia and drowning victims who have survived long periods without oxygen while immersed in cold water.

"The theory," says Dr. Shankaran, "is that by inducing a mild form of hypothermia the brain’s need for oxygen slows various processes that otherwise result in damage to brain cells."

Jacques became part of what ultimately evolved into a three-year study of 208 babies – all suffering from a lack of oxygen within the first six hours of birth. Jacques was cooled for three days before his body temperature was normalized at 98.6 degrees and stayed at Children’s Hospital for about two weeks. Each of the surviving babies was evaluated 18 to 22 months later, and Jacques was one of those who checked out perfectly. Today, he is four years old and quite active in gymnastics and soccer. He’s even studying French.

When asked about the care his son received at Children’s Hospital, Mr. Poussier gushed with praise. "I used to work in the health care industry and was certainly aware of Children’s Hospital," he said, "but I knew nothing about the excellence of their neonatology department. When I walked in there and saw all those people – people who were committed 24/7 – well, it was just phenomenal. "And I was totally amazed at the extent to which the doctors and nurses let my wife and I be involved in everything. We huddled up right there with them as decisions about Jacques’ therapy were being made. We are so grateful and thankful," he said. Meanwhile, Jacques’ Dad just chuckled as he commented that "my son has turned out to be a pretty cool kid in every way." 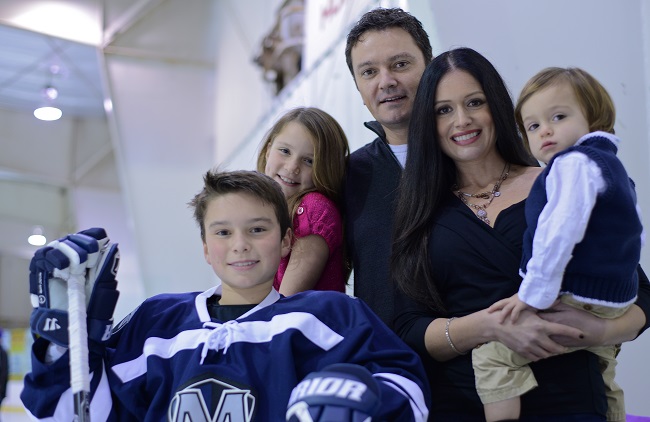