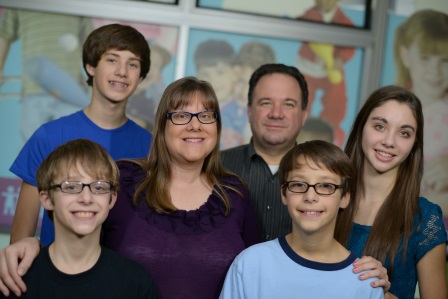 As a three-year-old, Michelle of Livonia doesn’t remember much about being diagnosed with cancer, but her mom had told her she was concerned because she was run down and pale. “Our local pediatrician said it wasn’t the flu and we needed to promptly go to Children’s Hospital of Michigan.”

Doctors performed tests that confirmed Michelle had Acute Lymphocytic Leukemia. Also known as ALL, it is the most common form of leukemia (cancer of the blood) that occurs in children. It accounts for approximately one-third of all cancers in children. At the time, Michelle’s mother was told that her prognosis was not very good.

Kanta Bhambhani, MD, co-director, Neuro-Oncology Program, on staff at DMC Children’s Hospital of Michigan, who treated Michelle, says treatment and prognosis has significantly improved since Michelle was treated more than 40 years ago.

“Treatment has significantly changed. For example, radiation treatment to the central nervous system was routinely done for patients with ALL, which is now not required. It is not one size fits all. We are now able to tailor treatment specifically for the individual based on the individual’s biological and molecular characteristics,” she says. 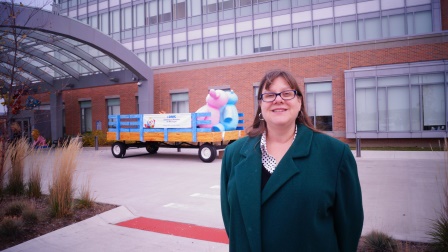 The good news for Michelle and her family was that after undergoing chemotherapy and radiation treatment, Michelle was told at age 9 that she didn’t have cancer anymore.“I remember there was a large family gathering and I was able to say to everyone I’m cured and everyone was crying with joy,” says Michelle.

She did need to go back to the hospital for yearly checkups and there were concerns that she may not be able to have children due to treatment. There was also a risk of thyroid cancer. “When I was 13 and my menstrual cycle started, Dr. Bhambhani was excited and told me and my family there would be a chance that I could have kids.”

Michelle, who was featured in the Children’s Hospital of Michigan Thanksgiving Day Parade, representing a long term child cancer survivor, is now a happily married mother of four. She is also a nurse and her relationship and experience with a former nurse at Children’s Hospital of Michigan named Rose Greenwood heavily influenced her decision to join the medical profession.

“I’m doing great and very thankful to Children’s and staff like Rose who helped me so much and ultimately influenced how I wanted to help others through nursing.”