Not Giving Up, Hope is Found in Right Treatment, Care

Taylor Williams, 17, of Wixom has suffered from severe headaches for more than two years. The headaches, which caused Taylor to seek medical treatment including emergency care on a number of occasions, were continuous and the medications prescribed were not working. 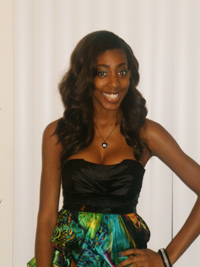 “The headaches affected her greatly, causing her to miss school and not participate in family events” says Demetria, Taylor’s mom. Taylor had excellent support at Walled Lake Western High School, according to her mom. Counselors would allow Taylor to lie down on the couch when she suffered from headaches in order to participate in homework and tests. But despite their best efforts, Taylor was not able to continue at the high school and enrolled in a different program to obtain her GED.

Taylor’s mom, Demetria, who suffers from migraine headaches, assumed the cause of her daughter’s headaches were caused by migraines. But when Taylor was evaluated by Lalitha Sivaswamy, MD, neurologist at DMC Children’s Hospital of Michigan who is also part of the hospital’s headache clinic, it was determined that Taylor not only suffered from migraine headaches but also a condition called pseudotumor cerebri. The disorder, also called idiopathic intracranial hypertension, is caused by increased pressure within the fluid spaces of the brain.

“Taylor’s opening pressure as measured by a spinal tap was high and she was prescribed medication to lower the pressure of fluid in the brain. The spinal taps were repeated a few times and helped relieve the pressure headaches she was suffering from,” says Dr. Sivaswamy. 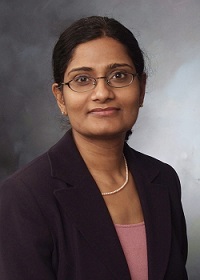 She adds that if left untreated, pseudotumor can potentially lead to serious complications such as loss of vision. Fortunately for Taylor, the outcome of the procedure was excellent.

But as if one type of headache was not enough, Taylor also suffered from migraine headaches. The next mission was to successfully treat the migraines, which would occur up to 15 times per month.

Traditional medications were not working. Taylor was then seen at the Children’s Hospital Specialty Center-Novi in the Physical Medicine and Rehabilitation Department. Specialists on staff decided to use botox treatment. Botox was originally used to treat movement disorders, spasticity and later, wrinkles around the face. The FDA has also approved botox as a treatment for chronic migraines. Taylor received multiple injections around the head and neck to try to dull future headache symptoms.

The treatment, Demetria is happy to report, worked great and Taylor has not had a migraine or pressure headache in several months. She continues with the botox treatment every four months to prevent future migraines.

“I would advise anyone who has a child with chronic headaches and migraines to never give up trying different treatment options. It can be debilitating, but there is hope with the right treatment and care. In fact, Taylor is now enrolled in college a year before she was supposed to graduate from high school,” says Demetria.