After eight years of study, a Children’s Hospital of Michigan neurosurgeon and his colleagues are using an endoscope to perform surgical procedures to help control intractable epileptic seizures in pediatric patients – without 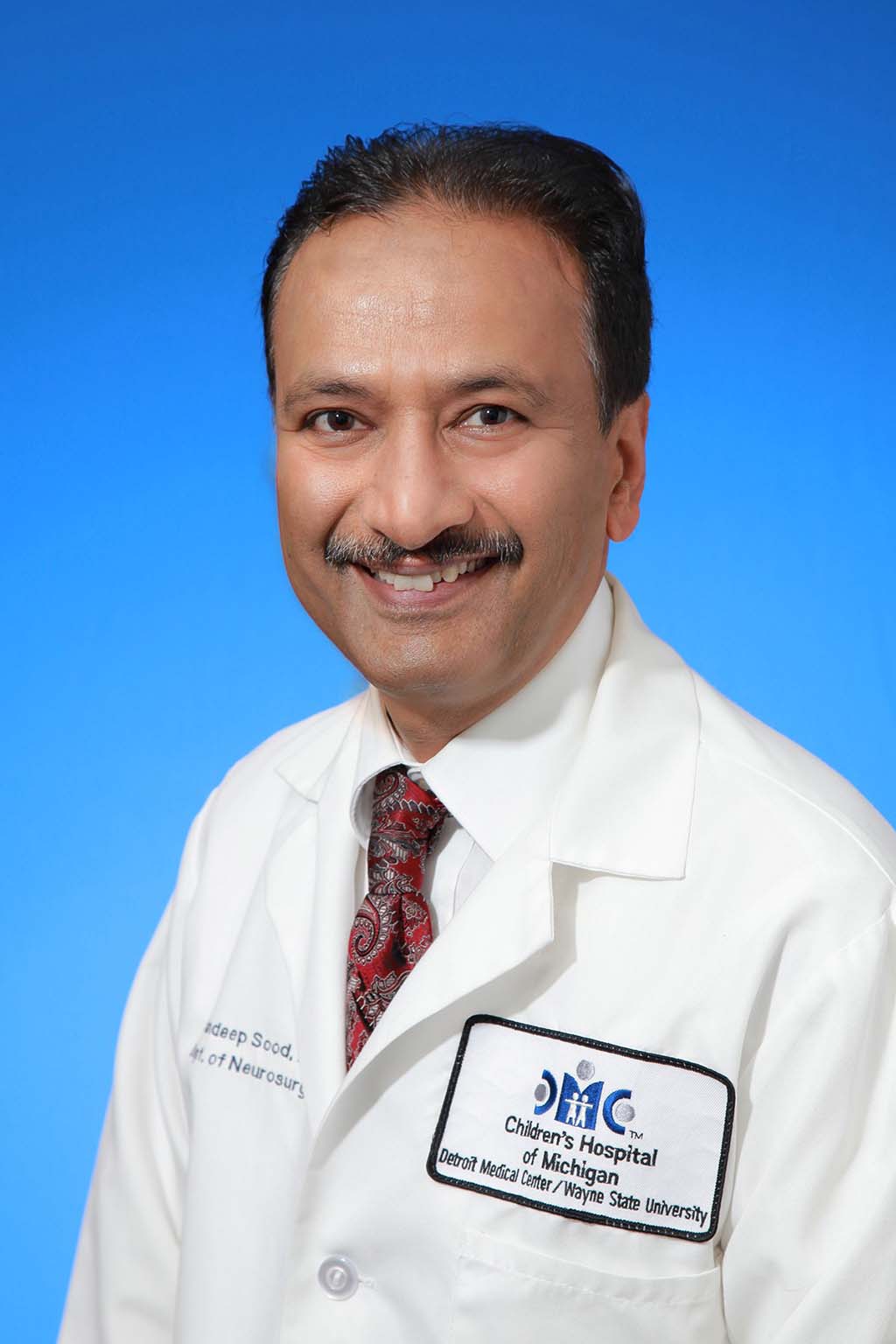 subjecting them to the invasive skull surgery that has been previously required for treatment.

The pioneering surgical technique by Sandeep Sood, M.D. , who is also an associate professor of Neurosurgery at the Wayne State University School of Medicine, will be featured on the cover of the December 2015 issue of the Journal of Neurosurgery Pediatrics. The minimally-invasive surgical breakthrough could become the standard of care for stopping seizures in patients considered candidates for corpus callosotomy, the structure of nerve fibers that allows for communication between the two sides of the brain, and hemispherotomy. The treatment will reduce or eliminate the need for large skull incisions and accompanying risks, including pain, infection, need for blood transfusions and lengthy hospital stays.

“Our method of attaching an instrument to the endoscope is a paradigm shift in minimally invasive brain surgery. Recent addition of 3D endoscope to this technique has provided better lighting, greater magnification and adds precision to the tissue disconnection procedures,”

Dr. Sood explained at an International Society for Pediatric Neurosurgery meeting last month in Turkey. “As one of the premier Comprehensive Epilepsy Surgery Center in the nation, we have extensive experience treating children with intractable seizures. It seemed only reasonable to adapt the endoscopic surgical techniques which we have effectively used in removing brain tumors to epilepsy surgery. We can now safely perform these operations with an incision just about an inch long.”

The story in the Journal of Neurosurgery Pediatrics, published online, (Endoscopic corpus callosotomy and hemispherotomy, http://thejns.org/doi/abs/10.3171/2015.5.PEDS1531), concluded that “endoscopic disconnective procedures are an attractive option to an open operation.”

The study also noted that “the major disadvantages of open [brain-surgery procedures] include increased blood loss, post-operative pain and a longer hospital stay. We have recently refined our bimanual endoscopic technique and extended it to corpus callosotomy and hemispherotomy.”

“These two surgical procedures have long been effective in controlling intractable seizures by ’disconnecting’ the area of the brain where the seizures originate from the normal functioning brain. In the past, however, the procedure required large skull-opening surgery, significant blood loss and a prolonged post-operative course. The new endoscopic version will allow neurosurgeons to enter the skull through a much smaller (2.5-3 centimeters) incision, faster healing time, less pain and a shorter hospital stay,” said Steven Ham, D.O. , chief of Pediatric Neurosurgery at the Children’s Hospital of Michigan. “This work is pioneering and the result of thoughtful innovation.”

“Dr. Sood’s many years of surgical experience and clinical research in finding better therapies for childhood epilepsy were a key factor in the breakthrough,” he added. “They also serve to underline our passionate commitment to clinical research as a crucially important element in our continuing effort to improve patient care at the Children’s Hospital of Michigan.”

Wayne State University is a premier urban research institution offering more than 400 academic programs through 13 schools and colleges to nearly 32,000 students. Its School of Medicine educates more than 1,000 medical students in Midtown Detroit. In addition to undergraduate medical education, the school offers master’s degree, Ph.D. and M.D.-Ph.D. programs in 14 areas of basic science to about 400 students annually.