Skip to main content and our Accessibility Statement may be found in the footer of our website.
Back To Patient and Family Resources

Find guides, tips, and tricks to a variety of different ailments and procedures listed below. 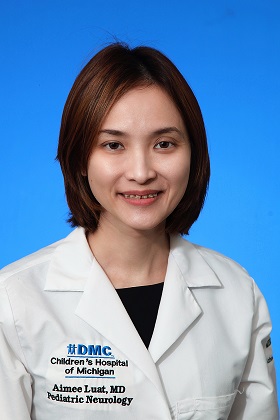 Know the Facts about Epilepsy and Seizures

According to the Centers for Disease Control (CDC) epilepsy is one of the most common conditions affecting the brain. When counting both children and adults in the United States:

What is the difference between a seizure and epilepsy?

Seizures occur when nerve cells fire more rapidly and with less control than usual, affecting how a person feels or acts. These range from “absence seizures,” involving a brief lapse of conscious activity to “complex, partial seizures,” where one is unaware and unresponsive to seizures that can lead to loss of consciousness with the potential for falling, shaking and difficulty of breathing. Epilepsy, which is less common than seizures, is defined as recurrent unprovoked seizures due to a primary brain disorder.

What are common causes of seizures?

While the exact cause of the seizure may not be known, more common seizures can be caused by the following in children, adolescents and young adults:

Other possible causes of seizures may include: brain tumors, neurological problems, drug withdrawal and medications.

“Symptoms of seizures can be confused with other disorders such as ADHD, migraine, narcolepsy or mental illness. It is important for the general public to be aware of symptoms since delayed recognition of the disorder can lead to inappropriate treatment which can increase the risk for additional seizures, disability, and a decreased quality of life.  Parents and children should seek medical attention including seeing a neurologist if the symptoms occur,” says Dr. Luat.

Symptoms of seizures include:

The good news is about two-thirds of all kids with epilepsy outgrow the seizures that accompany it by the time they're teens. Exceptional treatment at centers that specialize in epilepsy treatment such as the Children’s Hospital of Michigan also offer comprehensive treatment plans with advanced technology to pinpoint where the seizure is coming from leading to excellent outcomes.