One thing that 31-year-old Daniel Desot can tell you is the Children’s Hospital of Michigan has been his home away from home his whole life. What he and doctor’s may not be able to explain, is how he has been able to survive life-long procedures that has kept him returning to the hospital frequently from birth until his teen years. 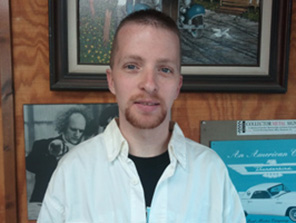 When Daniel was delivered in 1980 at a local hospital in Mt. Clemens, he was rushed via helicopter to the Children’s Hospital of Michigan. He had breathing problems and his body was blue due to inadequate blood flow to his lungs.Doctors at the Children’s Hospital of Michigan discovered that he had hypoplastic right heart syndrome (HRHS), in which the right side of his heart does not develop appropriately. “The heart is normally about the size of a fist, but mine was about half that size,” says Daniel. He was also born with a large hole in his heart.

“I have spent practically my whole life visiting or staying at the Children’s Hospital of Michigan, and truly believe it is the best hospital in the world. The doctor’s have saved my life countless times and the nurses and staff, some of whom I’ve know my whole life are exceptional,” adds Daniel.

In addition to HRHS and a hole in his heart, Daniel suffers from atrial fibrillation, which causes an irregular heart beat and may cause the heart to flutter. He has had countless procedures including three open heart surgeries, multiple electrical cardioversions to restore his rhythm, three leg surgeries and two back surgeries. “I believe I have also flatlined 3 or 4 times. I really am not sure how or why I am still alive,” he says.

Robert Ross, MD, Daniel’s pediatric cardiologist, who is also director of fellowship programs and the pulmonary hypertension program at the Children’s Hospital of Michigan, says he always enjoys seeing Daniel. “He has come so far in so many ways. Despite his serious condition, Daniel continues to work at his love of restoring old cars and he is himself a caring father. I was so proud when his baby was born and I was presented with a large framed picture for my office. Daniel really defines the word ‘resilient’ as he copes each day with the condition which requires many medications to keep the repaired heart working,” says Dr. Ross. “Our adult patients who have relied on the one half heart they were born with face many challenges, but it is wonderful to have Daniel share his story with our younger patients going through similar issues,” he adds.

Despite so many obstacles, he has big dreams and draws inspiration from actor Lou Ferrigno, who despite suffering from major hearing loss as a child, went on to become a successful actor and bodybuilder and is now an inspirational speaker. 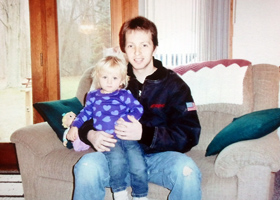 “I would love to start a foundation and hope to share my story with as many people as possible that you can overcome overwhelming obstacles.” High on his list is to share his story on the Ellen DeGeneres Show.

Ellen are you listening?