Music to the Ears: Hope is Found In Children's Hospital of Michigan Music Program

In the Fall of 2008, Lekeisha of Troy, was looking forward to having her ultrasound at DMC Hutzel Women’s Hospital to determine if her first child was going to be a boy or girl. Instead, her world turned 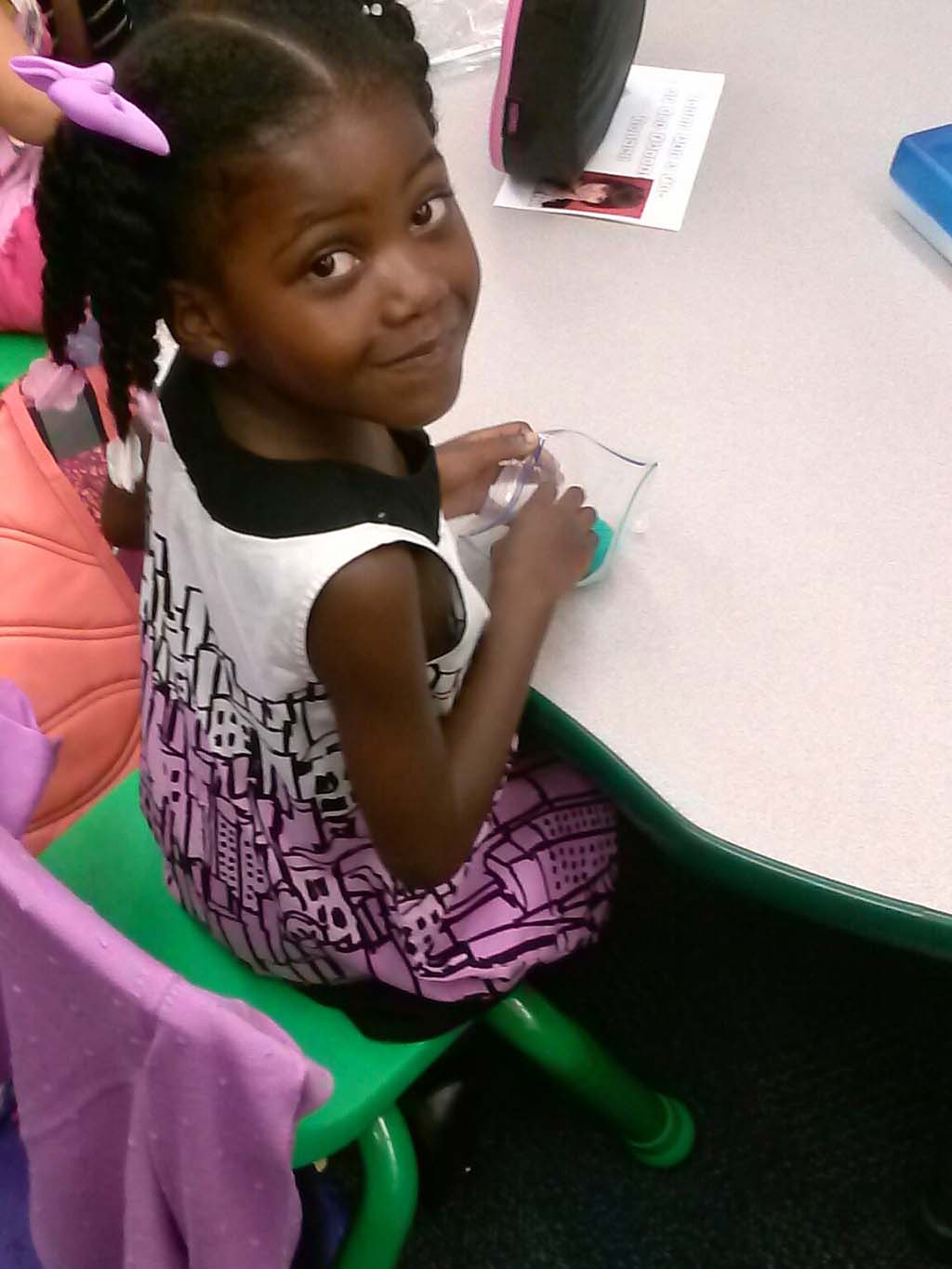 upside down when staff found her baby girl may have a problem with her heart.

Sherrell had the first of three heart surgeries when she was only nine days old.  Despite the gravity of the situation, Lekeisha, who works for Compassion Pregnancy Center, a non-profit Christian organization, felt very confident with the medical staff in charge of her daughter’s care. This included Henry L. Walters III, M.D., and Ralph Delius, M.D. cardiovascular surgeons on staff at the Children’s Hospital of Michigan at the Detroit Medical Center who performed her surgeries and Daniel Turner, M.D. cardiologist on staff who manages her care.

“Now, after three open heart surgeries to "re-route" the blood flow in Sherrell's heart, she is much like other children her age. She comes to cardiology for a check-up every year and so far, things look great!  I look forward each year to hearing about what she has accomplished between our visits. Watching our patients grow up is an especially rewarding aspect of our specialty,” says Dr. Turner.

Sherrell is a happy kindergartner who is doing well. Lekeisha says in addition to the excellent medical care her daughter received, they are also very appreciative of the music therapy program offered at the Children’s Hospital of Michigan.

“One day during Sherrell’s hospital stay, Laura Duda, the music therapist showed up to sing songs and play music.  It was such a breath of fresh air.  The program is so important because it takes your mind off being in the hospital and it really became the highlight of our day,” says Lekeisha.

“Sherrell began her music therapy at the age of three during a bedside session in the pediatric intensive care unit (PICU).  At first she seemed a little shy, then quickly she demonstrated her love for children’s songs that her mom and family had sung to her and taught her.  She was so creative with her songwriting and benefited from relaxing live music played on guitar to calm her during or after procedures,” says Laura.

The music therapy program is staffed by board certified music therapists to help children cope with their emotions, adapt to new physical restrictions after trauma and find comfort in safe, calming distractions during treatment.

The program uses music to aid children in the healing process but it can also have another positive side effect.

“I think initially I enjoyed the program more than Sherrell did.  It clearly helps both the child and parent heal and cope,” says Lekeisha.