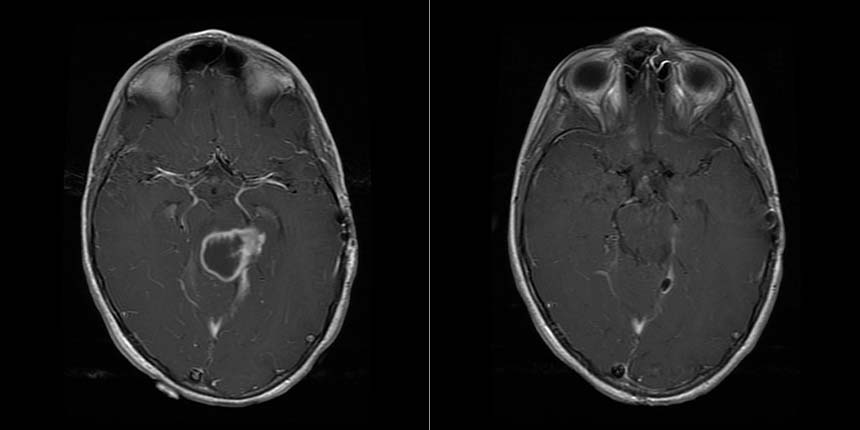 Other than nut allergies, 8-year-old Anna of Birmingham, has not had many medical issues. When she started to complain of headaches, her mother Alina became worried. She took Anna to a local emergency room when the headaches became more frequent and also saw a local pediatrician. Alina became increasingly alarmed when Anna started experiencing visual changes.

“I was afraid this was something much more serious than routine headaches or migraines when she complained of double vision,” says Alina.

A CT scan revealed that Anna had a brain stem tumor causing spinal fluid pressure in the brain. Anna initially underwent two surgeries involving a biopsy and later had a procedure called ventriculostomy, a surgical procedure to temporarily drain fluid in the brain that was causing some of her symptoms including the headaches. The biopsy revealed the tumor was not malignant but the tumor could grow, causing serious complications including problems with double vision, movement of the face or paralysis and difficulty with walking and coordination. 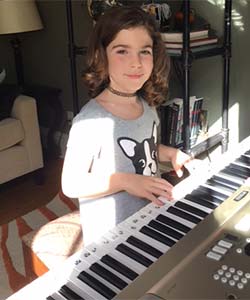 After the initial shock at the diagnosis, Alina and her husband started researching the best course of treatment for Anna and explored options within Michigan and out of state. Fortunately an associate of Anna’s pediatrician was familiar with the Children’s Hospital of Michigan neurosurgeon, Sandeep Sood, M.D., and recommended that Anna be evaluated by him.

Alina was told by local doctors that chemotherapy would be the best treatment choice but she did not feel comfortable with pursuing chemotherapy for Anna.

“We were told it would be too risky to do surgery to remove the tumor in the middle of the brain yet from what I was told, the general outcome of chemotherapy would not be likely to significantly shrink the tumor,” says Alina.

When she met with Dr. Sood, her confidence level increased substantially and felt Dr. Sood was the doctor Anna needed.

“Dr. Sood instantly ordered tests that no other doctor ordered. Based on the advanced imaging he felt confident that brain stem surgery despite the risks, would be an excellent choice for Anna. No other doctor mentioned that they had done a similar surgery on other patients but Dr. Sood had just done a successful similar surgical procedure on another child and I felt that his experience was crucial in proceeding with this type of surgery,” says Alina.

The brainstem is a very delicate location and tumors in that area can be very challenging to treat according to Dr. Sood. To decide if Anna could safely undergo the operation, Dr. Sood requested that Deniz Altinok, M.D., pediatric radiologist at the Children’s Hospital of Michigan perform a special type of MRI scan called Diffusion Tensor Imaging or DTI.

“With this test Dr. Altinok determined that although the tumor was in the brainstem, the critical nerves were displaced and not inside the tumor. “It showed us a window through which we could go in and safely resect the tumor” says Dr Sood. 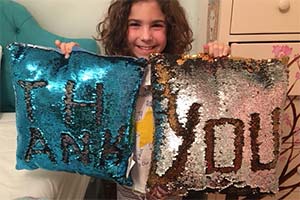 “Anna did wonderfully well after surgery. The tumor was removed successfully and it has made a dramatic difference for Anna. She had no new deficits. Although the tumor is benign and gross total resection was done, Anna will need follow up MRI scan to monitor for any recurrence,” he adds.

Anna will continue to be monitored but her headaches have been severely reduced according to Alina.

“She is doing really well after the surgery and even went to school two weeks after her surgery as well as sleep away camp in the summer,” she says.

“I would encourage any family who is faced with a similar situation to do research and seek expert opinions until you feel the treatment and advice feels right. We are so happy that we sought treatment from Dr. Sood and the experts at the Children’s Hospital of Michigan and are very appreciative of the teamwork from all the specialists including neurosurgery, hematology/oncology and radiology. The communication among all the specialists helped our confidence that she was in the right place for her care,” Alina adds.