Skip to main content and our Accessibility Statement may be found in the footer of our website.
Back To Orthopedic Stories

Jun 6, 2019
Thank You. One of our representatives will contact you. 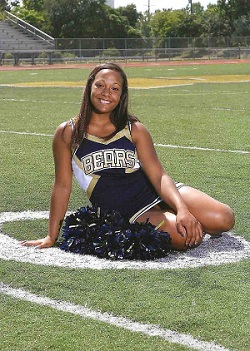 The last game of the softball season a few days before the memorial holiday was one Brooklynn Zanski, 16 of Wyandotte, will never forget; and not in a good way. Brooklynn was set to slide into second base and suddenly changed her mind. “In a split second, she decided not to slide but rolled into the base and both Brooklynn and the umpire heard a pop in her knee,” explains her mom Shannon.

Brooklynn was in extreme pain and her left knee began to swell. Her family took her to a local hospital, where she was told that she had a strain. “I did not feel comfortable with the diagnosis because of the pain Brooklynn was in and the swelling she had in her knee,” recalls Shannon.

Brooklynn was then taken to the DMC Children’s Hospital of Michigan Specialty Center-Clinton Township where an MRI confirmed she had an anterior cruciate ligament, (ACL) injury.

ACL injuries result from a tear in one of the knee ligaments that join the upper leg bone with the lower leg bone. This type of injury is common in soccer, skiing, softball, football, and other sports with lots of stop-and-go movements, jumping, or weaving.

Brooklynn was referred to Kunal Kalra, MD, orthopedic surgeon, who specializes in sports medicine, at DMC Children’s Hospital of Michigan for further evaluation. “Both Brooklynn and I were immediately impressed with Dr. Kalra. He was not only very personable, but we felt very confident in his expertise. I have other children and feel strongly if they should need specialized treatment, I will take them to Dr. Kalra at Children’s,” says Shannon.

After further testing, it was determined that Brooklynn suffered from a complete rupture and would require surgery which was performed about one month after her injury.

“Brooklynn had a tear of her anterior cruciate ligament (ACL). This is one of the most important ligaments of the knee. Unfortunately, the incidence of ACL tears in kids and adolescents is on the rise and approximately 20,000 women under the age of 20 are affected annually. Also, girls are more prone to get ACL tears than boys, the incidence being almost eight times more,” says Dr. Kalra.

“She underwent ACL reconstruction using her own tissue, hamstrings tendons. She is doing very well and I expect her to return to playing softball approximately six months from her surgery,” he adds.

Brooklynn is currently undergoing physical therapy to complete her recovery. Therapists determined her knees were a little inward which may have partly caused her injury. In addition to playing softball, Brooklyn is also a side and competitive cheerleader. She normally has only one week off during the year. Although she can’t compete yet, she does go to practice to watch and hopes to be back in action in a few months.

Her mother offers a word of warning for other parents participating in competitive sports. “The surgery and therapy have been great but I would suggest that parents be very aware of exercises that their children can do for all competitive sports before they start playing. These injuries seem to be more and more common so hopefully with increased awareness, they can be prevented in the first place.”

Need a doctor for your child's care?
Request an Orthopedic Specialist Referral