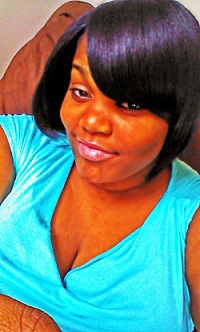 Amani, a 19-year-old Wayne County teenager, became the first patient at the Children’s Hospital of Michigan DMC to receive a haploidentical hematopoietic stem cell transplant (HSCT), a procedure, also known as a half-match bone marrow transplant (BMT). The BMT team at Children’s Hospital of Michigan used the haploidentical HSCT approach pioneered by Johns Hopkins Hospital HSCT team,which eliminates the need for manipulation of the hematopoietic stem cell product harvested from the donor. This approach has been shown to decrease the risk of graft versus host disease, a common and sometimes dangerous complication of HSCT characterized by skin, gastrointestinal and liver manifestations for which haploidentical transplant recipients has typically had a greater risk for. This strategy has been successful in “curing” patients of some cancers and blood disorders like sickle cell anemia.

Amani, who did not have previous health issues, started getting stomach aches that made her want to throw up starting in July of 2015. After having an upper respiratory infection, she noticed additional symptoms that warranted a trip to the hospital.

“My chest was hurting and my heart was beating fast. I also kept vomiting from the stomach pains because that was the only thing that provided some relief,” she says.

A CT scan showed that Amani had a mass that covered two thirds of her belly. A biopsy on her 19th birthday confirmed that the mass was malignant and fluid was developing around her heart.

“I received the news that I had Burkitt lymphoma. When I found out I would need to undergo chemotherapy and be sick and nauseated it was a very disturbing moment” Amani says.

Burkitt lymphoma is an aggressive form of non-Hodgkin lymphoma that can rapidly become fatal if left untreated. Although the tumor shrunk in her belly initially, her end of therapy scans showed the disease was progressing. This course indicated a very high-risk disease form.

Amani was then referred to the Children’s Hospital of Michigan for evaluation for a bone marrow transplant.

A bone marrow transplant is a potentially life-saving treatment for people with leukemia, lymphoma and many other diseases. Patients undergo chemotherapy and sometimes radiation to destroy their diseased marrow or other tissues. Then the patient's own (autologous transplant) or a donor's (allogeneic transplant) healthy blood-forming cells (hematopoietic stem cells) are given directly into the patient's bloodstream to locate themselves in the bone marrow, where they can begin to multiply and function.

For a patient's body to accept a donor's healthy cells, the donor's tissue type needs to match the patient's type as closely as possible. Patients who do not have a suitably matched donor in their family may search for an unrelated bone marrow donor.

Amani did not have a fully matched donor through her family or the national marrow donor registry. Her younger brother was found to be a 50% match.

Due to the high-risk nature of Amani’s condition, the bone marrow transplant team at the Children’s Hospital of Michigan determined a haploidentical transplant would be the best option for Amani.

A haploidentical HSCT (HiD) is when the donor is a half human leukocyte antigen (HLA) tissue match. HLA molecules are proteins — or markers — found on most cells in the body. Haploidentical HSCT provides an option for patients like Amani who have no other suitable donors.

Sureyya Savasan, M.D., director, Pediatric Blood and Marrow Transplantation Program at the Children’s Hospital of Michigan, met with Amani and her family and decided to move forward with a haploidentical transplant.

“Because a Haploidentical donor is a donor in which HLA match is at 50% level, the chances of finding a HiD are far greater than HLA fully-matched family or unrelated donors. Therefore, practically almost everybody would have a haplo-identical donor, since their parents are 50% HLA-match, ” Dr. Savasan says. “The outcome of haplo-identical transplant has been very encouraging in recent years with this relatively new approach. It will potentially be a good solution for several patients who are in need of bone marrow transplants, but could not proceed due to lack of HLA fully-matched family or unrelated donors. In fact, since finding a HLA fully-matched unrelated donor has been very challenging, this approach could benefit minority populations who require transplants,” he adds.

The transplant procedure for Amani took place in February of 2016 and Amani was thankful that her brother was able to be a suitable donor. She continues to be disease-free.

“I am appreciative of not only my brother, but the doctors and nurses who helped me. It has been a long hard process and you just have to hold your head high and continue. I’m happy to be doing really well,” she says.

Amani hopes to use her experience to help others in the future. Her goal is to be a nurse and possibly work with kids.

“We are encouraged by Amani’s progress and are excited to help other patients like Amani with this transplant approach in the future,” says Dr. Savasan.

For further information on hematology and oncology treatments visit http://www.childrensdmc.org/cancercenter.