Even before she had children, Darlene Bielecki (of Port Huron), was always very careful not to put cleaning products in lower cabinets to prevent any accidents with potential deadly chemicals. 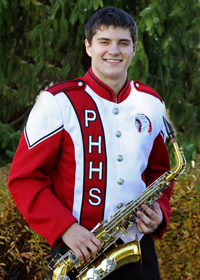 So it was with disbelief when one day at her husband’s work site, within a couple of seconds, her very healthy and curious two-year-old Joseph, got a hold of a container of potassium hydroxide, and began drinking the potentially very deadly chemical.

“We were frantic as we called 911 and the Children’s Hospital Regional Poison Control Center, and they kept telling us to wash his mouth out as much as possible, but to not have him swallow. Yet how do you do that with a two-year-old?” recalls Darlene, whose son Joseph instantly started bleeding around his mouth.

The ambulance took Joseph to a local hospital in Port Huron, and he was immediately transferred to DMC Children’s Hospital of Michigan. He immediately underwent endoscopy in the operating room, so that doctors could see the inside of his esophagus. “We were told we basically had to wait and see what damage the potassium hydroxide would have to his body, since we were not sure how much he ingested and swallowed,” she says.

Doctors found out that Joseph had developed two holes in his esophagus due to burning tissue from ingesting the poison. That was the beginning of countless outpatient surgeries to stretch scar tissue that formed that would prevent him from swallowing food.

After four years of surgeries, six-year-old Joseph had to have a new esophagus constructed out of stomach muscle tissues. The procedure called a gastric tube interposition is usually done on adult patients who have esophageal cancer. Joseph also had to have his injured esophagus removed to prevent the development of cancer.

Although he did develop reflux, this was treated with yet another operation. The surgery was considered a success allowing Joseph to not have to undergo the outpatient surgeries to stretch the scar tissue that would sometimes have to be performed weekly.

In an ironic twist, while doing the various procedures on Joseph to repair his esophagus, doctors noticed that Joseph was also born with a birth defect in which he had a blocked kidney. “We would have never known about this defect if it weren’t for the accidental ingestion. The only good thing that came out of this is that this condition was found early and repaired so he did not lose a kidney fortunately due to early detection,” says Darlene. 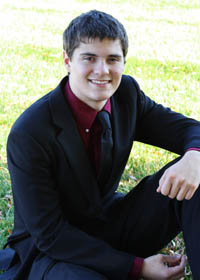 After a decade filled with five major surgeries and countless outpatient surgeries, Joseph’s primary surgeon Michael D. Klein, MD, Arvin I. Philippart MD Endowed Chair of Pediatric Surgical Research, gave the family the best news they could hope for. “When he was 12 during a routine checkup, Dr. Klein said I never thought I would say this but you will be happy to know Joseph is doing fine, and no more procedures need to be scheduled currently,” she says. That was indeed great news for the Bielecki family and Joseph who could then concentrate on his studies and being a normal teenager.

Dr. Klein says a strong family support can go a long way toward recovery. “Joey is certainly a remarkable boy, but it is easy to see why. He has remarkable parents. They are loving and protective, but also extraordinarily calm under pressure. They are able to understand very complex medical plans and procedures and participate wisely in decision making. Joey’s dad was an OR waiting room fixture, always with a different hardback history book, he was always reading. This trait has clearly rubbed off on Joey.”

Now a very healthy 17-year-old, Joseph’s toughest decision is what university he plans to go to after being accepted to three local universities. Years of treatment and care at the Children’s Hospital of Michigan, has also influenced his decision to become a pediatric surgeon. Joseph has asked Dr. Klein for a letter of recommendation. "This is a place where there are so many people working to save lives, and inch by inch helping everyone who needs it; I found this the most inspiring place in the world."