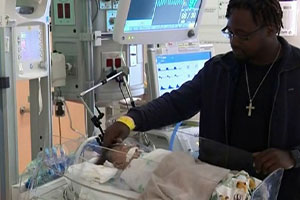 For some time now, there have been national-level warnings about increasingly severe respiratory ailments like RSV in kids, but Michigan had not been part of the warning.

The Michigan Health Alert Network has now sent an email indicating concerns about the availability of pediatric hospital beds.

Dr. Frank McGeorge had two pediatric patients with severe enough respiratory problems that they needed to be transferred to a children’s hospital for admission.

The problem is that all of the local children’s hospitals said they were full and unable to accept his patients, and it’s only October.

If we’re already having this problem, it will be a long and potentially dangerous winter for children.

Valentini is the Chief Medical Officer at Children’s Hospital of Michigan.

“I’m fearful that if we get a flu surge, even if it’s staggered, I hope it’s staggered by a month or two, and maybe the RSV will start to come down a little bit before the flu comes up because otherwise, this could really put a big strain on our system that is already being tested,” Valentini said.

It’s a sentiment shared by Dr. Whitney Minnock, Medical Director of the Pediatric ER at Beaumont.

An email sent through the Michigan Health Alert Network said, “Over the last three weeks, there has been a sustained increase in pediatric ED visits, largely due to respiratory concerns. This has resulted in increased pediatric admissions, including to the ICU.”

“We’re definitely seeing a big increase in the number of patients being hospitalized with respiratory infections,” Valentini said. “Most of them seem to be in the RSV category, but we’re also seeing rhino-enteroviruses as well, and so that’s definitely putting some strain on our hospital both at the emergency department level and as well as our inpatient beds.” 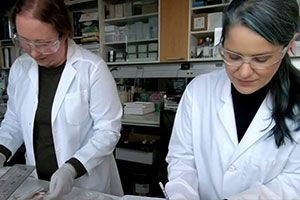 “The current situation does not seem to be related to COVID,” Minnock said. “This is, you know, the respiratory season, RSV, all of the viruses that kind of existed pre-COVID.”

The problem is that as we get into the actual winter, we expect influenza and potentially COVID to increase significantly, which could be a crushing blow to our capacity to care for kids.