Skip to main content and our Accessibility Statement may be found in the footer of our website.
Back To Patient and Family Resources

Find guides, tips, and tricks to a variety of different ailments and procedures listed below.

Soar High and Safe With These Trampoline Safety Tips 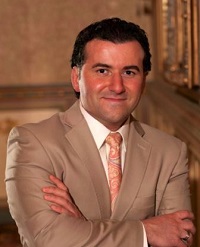 Common especially in summer months, trampoline fun can lead to significant injuries accounting for approximately 100,000 hospital emergency visits annually according to the Consumer Products Safety Commission. The vast majority (85%) involve children – many of them very young.

“For a child, there is nothing more fun than defying gravity and soaring as high as you can,” says Ahmed A. Bazzi, D.O., orthopedic surgeon at Children’s Hospital of Michigan DMC. “I was once a kid too. The trouble lies in the force exerted by the landing on the child’s softer bones, growth plates and ligaments. This is also magnified by the poor motor skills and balancing of a young child under the age of 6. The risks of injury certainly outweigh any perceived physical activity or exercise benefit that may exist.”

Dr. Bazzi says children are especially prone to fractures or dislocations including injuries to the knee, ankle, elbow, wrist and spine. “Unfortunately, it is not uncommon to see these injuries earn a ticket to the operating room,” he adds.

In a 2010 survey sampling of families with trampolines conducted by the Children’s Hospital of Michigan Orthopedics Department, a majority of parents indicated their children sustained injuries despite their best efforts to prevent them.

Many of the families purchased recommended trampoline protective equipment, such as netting and padding, to prevent or lessen the impact of falls. However, trampoline injuries from accidental collisions and improper landing from jumping up and down still occurred. Similar accidents also occurred even on ground level trampolines, which are often touted as being safer than traditional above ground systems.

Whether your child has a trampoline or is jumping on one in the increasingly popular trampoline parks, it is important to adhere to the following safety precautions by the Foundation of Spinal Cord Injury Prevention Care and Cure which are supported by the Children’s Hospital of Michigan Department of Orthopedics: